Huisman’s land drilling rig, the LOC 400, operated by the Northern Dutch Drilling Company (NDDC) has recently started its second geothermal drilling project. This time in the city of The Hague, The Netherlands. The compact and containerised unit will be used for the drilling scope of the project which ultimately will provide 4,000 homes and 20,000 square feet of office space with hot water for heating purposes and hot tap water. The project is a collaboration (under the name of Aardwarmte Den Haag) of the city of The Hague, energy companies Eneco and E.ON Benelux and housing corporations Staedion, Vestia and Haag Wonen. The selection of the LOC 400 for one of the first renewable heating initiatives at this scale in The Netherlands shows that Huisman’s drilling rig is living up to its expectation of being an efficient, safe and environmental friendly alternative to conventional drilling rigs. 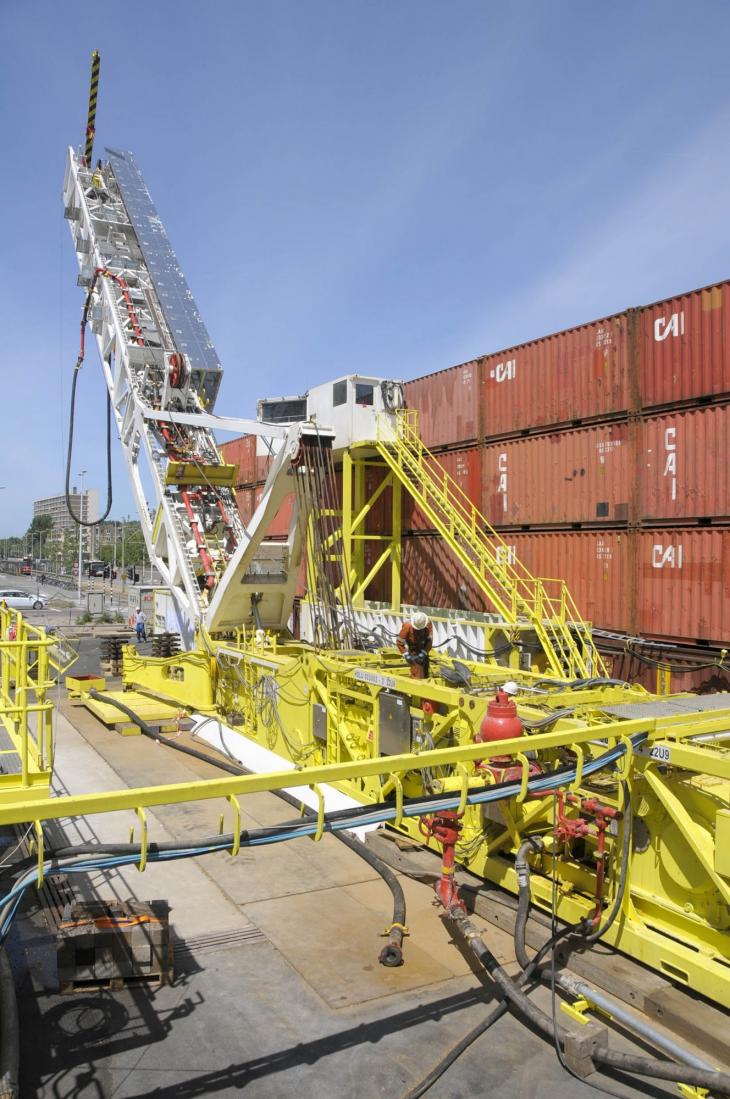 The LOC 400’s scope of work will comprise the drilling of two wells, in front of a hospital, in the city centre of The Hague: one well for production and one well for injection purposes. The geothermal heating system works as a closed circuit: hot water is pumped up from the production well, the cooled water flows back into the injection well. The two wells will be drilled to depths of approx. 2400m and 2700m.

The location of this project provides extra complexity. There are heavy constraints to the location size, noise emissions, access, and the rig must work off of the local power grid. As the LOC 400 is fully containerised and breaks down into 26 standard ISO containers, getting the rig to the location is not an issue and the environmental impact of transporting the rig is limited. Its efficient electrical design allows the rig to be connected to the power grid, eliminating the need for diesel generator sets and therefore diminishing noise and waste emissions. In addition, the LOC 400 is equipped with emerging Casing While Drilling technology which could further reduce the noise and environmental impact.

Huisman, the Dutch-based worldwide specialist in lifting, drilling and subsea solutions, developed and manufactured the containerised super singles drilling rig LOC 400 which has recently successfully finalised its fifth project in Denmark. Currently, another three LOC 400 units are under construction at the Huisman facility in the Czech Republic. An offshore version of the LOC 400 version is also being designed.