In January 2015, Huisman, the worldwide specialist in lifting, drilling and subsea solutions, and Brazilian shipping company and shipyard group Grupo CBO, signed a contract for the delivery of four anchor handling and towing winch packages for four new Havyard 843 AHTS vessels. The winch packages will be built by Huisman’s new production facility in Navegantes, Brazil, and delivery is planned for 2016 and 2017. The winches will be delivered with 50% Brazilian content. The Havyard designed 843 AHTS vessels will be built by Estaleiro Aliança (2x) and Estaleiro Oceana (2x). 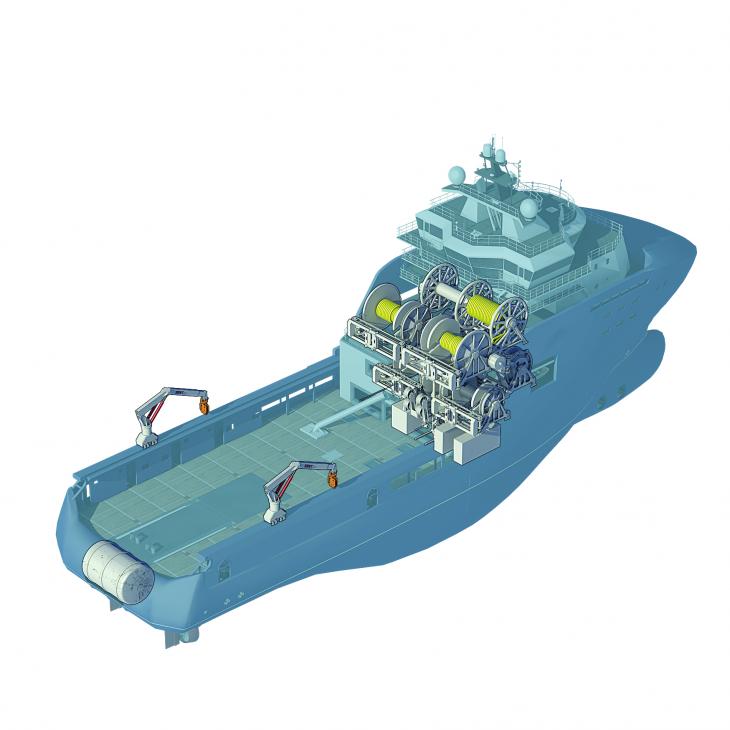 In 2013, Huisman started the construction of their new production facility in Navegantes, Santa Catarina state, in the south of Brazil. The facility will be used for the manufacturing of offshore equipment for the Brazilian market. It is located along the Itajai-Açu river, enabling fast installation of Huisman equipment onboard sea going vessels. In April 2015 the facility will be opened. The Brazilian Huisman production facility has already been awarded contracts for the delivery of six 65mt Lattice Boom Cranes and four 65mt Knuckleboom Cranes for Sete Brasil and cranes and pipe storage baskets for two 340mt Tiltable Pipelay Systems for Technip-DOF.