Pipelay contractors are increasingly deciding to combine pipelay methods onboard one vessel, as the infrastructure of an oil and gas field often consists of different types of pipe that require different lay methods. This allows for greater flexibility and cost efficiency as one vessel is capable of operations in most water depths and is equipped with the most cost-efficient installation method for the specific pipe.

The Multi-lay system on board Heerema’s Aegir is an example of Huisman’s extensive experience with the development of customised Multi-lay systems. The pipelay tower on the Aegir enables the vessel to switch between reeling and J-lay in a realtively short time. This enables it to lay, for example, flowlines with the fast reel-lay method and local fatigue-prone sections near the seabed and the suspension point with the J-lay method.

The tower on the vessel is installed over a huge moonpool, wide enough to allow passage of the largest in-line structures. The length of the moonpool is such that it is sufficient to allow pipelay in shallow water. Versatility was a key design element in order to benefit from operational savings allowed by modular reels being taken on board by the ships’ own crane. This way the vessel does not lose time traveling to the spoolbase to load new pipe.  A benchmark study showed that under favourable conditions the modular reels concept is 50% faster than conventional reeling and more than twice as fast as J-lay, when multiple reel loads are involved. 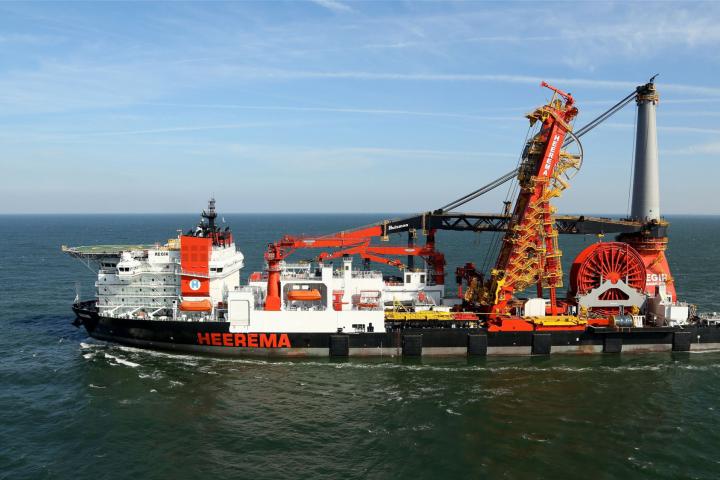 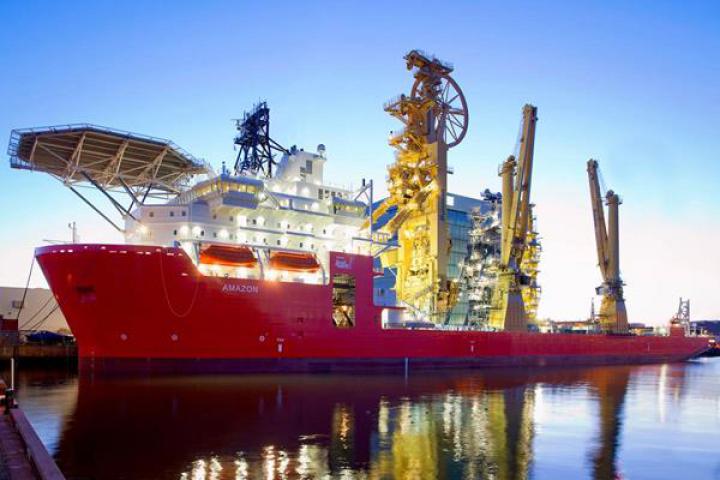 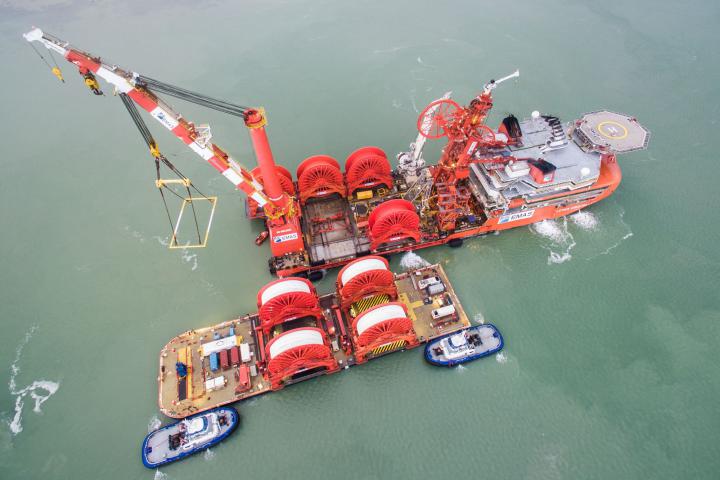