Huisman, the Dutch-based worldwide specialist in lifting, drilling and subsea solutions, has been awarded two new contracts for the design, build and commissioning of two stone dumping systems. These systems for Tideway bv, a subsidiary of DEME NV, and Royal Boskalis Westminster bv are both fast, highly automated and the world's first systems capable of accurately dumping stones up to 2,000m of water depth. The use of a gimballing tower considerably improves the operability in bad weather conditions compared to other stone dumping systems. Delivery of the systems is planned for the second half of 2010 and start of 2011. For Tideay bv this is the third and for Boskalis the second order for a Huisman designed and constructed stone dumping system. 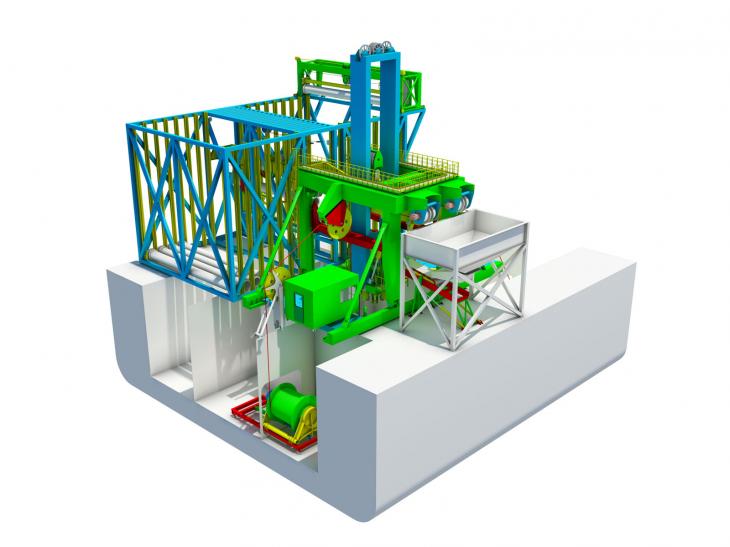 The stone dumping systems will consist of a gimballing tower and hang-off module, preventing buckling of the self supporting pipe string as a result of vessel motions. From a pipe storage facility, the pipes are transported by a crane to a buffer position and subsequently inserted into the tower with an automated pipe loading system. In the tower a headclamp and rollerboxes provide smooth handling and coupling of the pipe sections, attaching each pipe section with high speed.