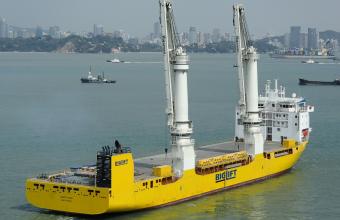 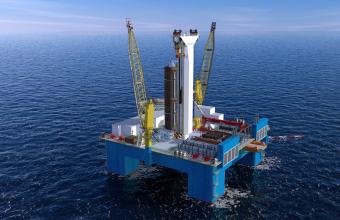 This week, China Merchants Heavy Industries (CMHI) awarded Huisman, the worldwide provider of stepchanging technical solutions, a contract for the engineering and fabrication of a drilling system which will be integrated and installed on the moored drilling semi-submersible constructed at CMHI Haimen. This drilling system will be used for oil and gas drilling activities in shallow to medium water depths all around Asia, particularly the South China Sea. 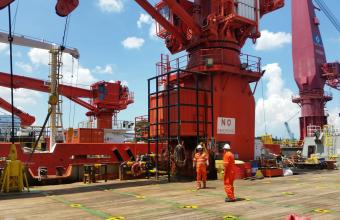 Huisman, the worldwide provider of stepchanging technical solutions, and the Australasian Training Company (ATC) signed a cooperation agreement for the joint offering of Offshore Crane Operator, Offshore Rigger, Offshore Crane Inspector and other associated training packages and competency assurance solutions. With this partnership, Huisman and ATC are the only parties offering American API RP2D & Spec 2C training courses for crane operators, riggers and crane inspectors in Singapore. This makes them the only service providers in the Australasian region offering internationally recognised offshore crane training and qualifications to Australian, British and American standards at the one location. 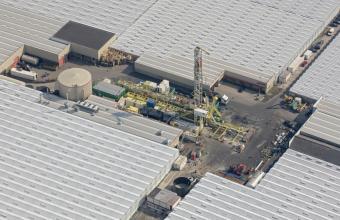 Huisman recently started a new business line ‘Huisman Geo’, for the development of sustainable solutions towards affordable and clean energy and as one of its contributions to the energy transition. Huisman Geo combines the extensive design and manufacturing knowledge of Huisman, with the operational experience of drilling multiple wells in the European and US hydrocarbon and geothermal land drilling market. 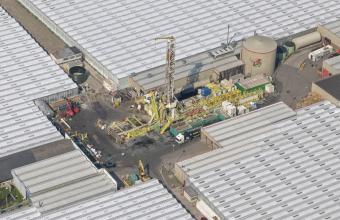 The Joint Venture Züblin Ground Engineering and Huisman were awarded a contract for the delivery of a geothermal well in Mehrnbach, Ried im Innkreis, Austria. The company GRB Geothermie Ried Bohrung GmbH, a subsidiary of Energie Ried GmbH, Energie AG Wärme GmbH and Nahwärme Mehrnbach GmbH & Co KG, contracted the Joint Venture for drilling and completion of the geothermal well TH3.1 via a day rate based contract. 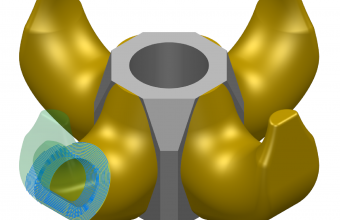 Huisman and RAMLAB have initiated a project to produce a large offshore crane hook using the 3D printing technique ‘Wire & Arc Additive Manufacturing’ (WAAM). The hook, which is based on a Huisman 4-prong hook design, will employ 3D printing benefits such that the product will be hollow, significantly saving on material usage and production lead time. The hook will measure over 1 by 1 meter in outer dimensions and weigh close to 1000 kg, making it the world’s largest 3D printed steel product in terms of weight. Its Safe Working Load (SWL) will be 325mt. At the beginning of this year, Huisman successfully load tested a 3D printed offshore crane hook with an SWL of 80mt. 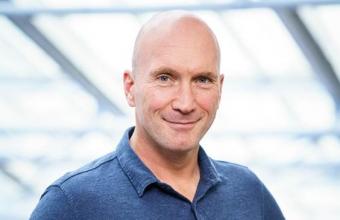 Huisman was recently awarded a contract for the delivery of a geothermal doublet in Pijnacker, the Netherlands. Drilling started at the end of April and the installation will heat a large area of greenhouses, a residential area and a local pool. 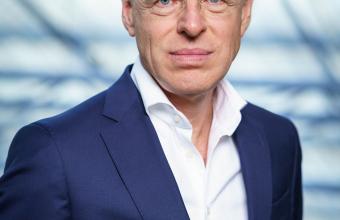 Huisman announced today that Theo Bruijninckx is appointed as the company’s new Chief Executive Officer, effective as per today. This appointment follows the decision of Joop Roodenburg to step down as the company’s CEO to fulfil the role of President. Theo Bruijninckx is overall responsible for the daily operation of the company, Joop Roodenburg will focus on the continuous development of step changing technical solutions and on the valued relationships with customers.  The Huisman Works Council, which was involved in the process, gave a positive advice on the appointment. 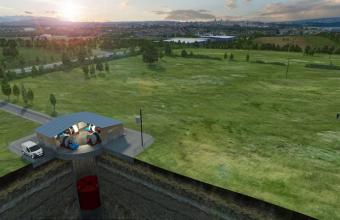 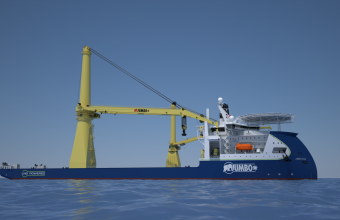 Jumbo recently made a formal investment decision to appoint Huisman Equipment BV for the provision of the design and construction of two offshore mast cranes for their new DP2 Heavy Lift Crane Vessel (HLCV) to be delivered in the first quarter of 2020. 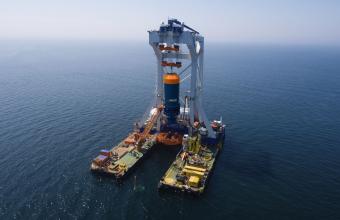 The Carbon Trust today announced the launch of BLUE PILOT, a large-scale demonstration project aimed at reducing costs and underwater noise during construction of offshore wind farms as part of the Offshore Wind Accelerator (OWA). The BLUE PILOT project will deploy The BLUE Hammer, a new type of pile driver developed by Fistuca BV., a Dutch technology company founded as a spin-off from Eindhoven University of Technology. It is anticipated that the project will enable €33 – 40 million lifetime savings for a 720MW offshore wind farm, which is equal to a levelised cost of energy (LCOE) reduction of 0.9-1.2 €/MWh. 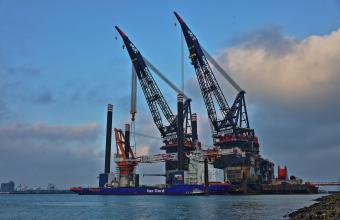 On Wednesday 28 February, the 1,600mt Huisman Leg Encircling Crane for Van Oord was successfully installed onboard their offshore installation vessel Aeolus. The new crane, the biggest Leg Encircling Crane ever built, will enable Van Oord to install bigger and heavier foundations and turbines for offshore wind farms. The Huisman crane was installed by Heerema’s Thialf, making it a pretty spectacular sight! 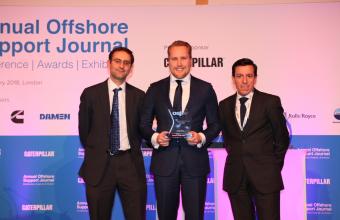 Last night during the OSJ Conference Gala Dinner in London, Huisman was awarded the Innovation of the Year Award for its Fiber Rope System. Timon Ligterink, Sales Manager at Huisman, collected the award. Our design was nominated at the very last moment after our initial press release. 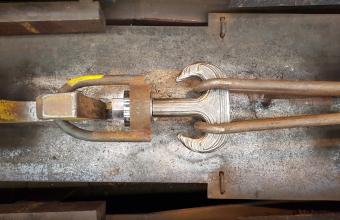 In the first week of 2018, world’s first 3D printed offshore crane hook, manufactured by worldwide provider of step changing technical solutions Huisman, successfully passed its load test (80mt) and all associated quality control checks according to the strictest criteria. Crane hooks are typically manufactured by casting or forging techniques. Huisman’s 3D printing technology however catches up to what could become the new future manufacturing technology. 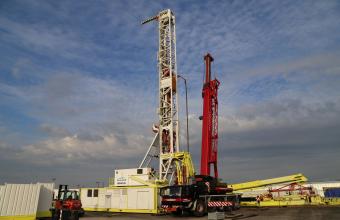 Geothermal and demonstration project LEAN on the starting blocks

The sustainability of heat supply for houses and buildings is essential to realise the climate ambitions of Utrecht (the Netherlands). Geothermal energy can possibly make a major contribution to achieve this. Therefore, a subsidy application will soon be submitted (programme renewable energy) to the Netherlands Enterprise Agency (RVO) for a research into geothermal energy via the demonstration and de-risk project LEAN (Low cost Exploration And deriskiNg of geothermal plays: the Rotliegendes demonstrator). 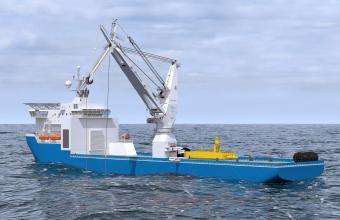 Huisman has been nominated for the Offshore Support Journal Innovation of the Year award, for the Huisman Fiber Rope System! This is already a great achievement, but of course we would like to win! So, please vote for it at http://store.rivieramm.com/e-aosjca/awards/Innovation-award.htm
Read more

Huisman, the worldwide provider of step changing technical solutions recently developed a revolutionary system for the application of fiber rope in subsea deployment crane applications. The system includes a Hybrid Fiber Rope System which combines the advantages of fiber rope with subsea deployment, while the heave compensation is done with traditional steel wire rope systems. 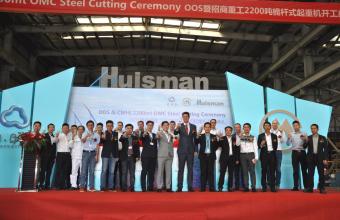 Huisman, the worldwide provider of step changing technical solutions, organised a steel cutting ceremony together with CMHI and OOS International for their new 4×2,200mt Offshore Mast Cranes at the Huisman production facility in China. The cranes will be installed on two vessels for OOS International, which are currently being built by CMHI Jiangsu shipyard.

Huisman, the worldwide specialist in lifting, drilling and subsea solutions, and construction company Züblin, were awarded a contract from Wayland Energy for the delivery of two geothermal wells in Bergschenhoek, the Netherlands. The two wells will be drilled directionally to planned depths of approximately 2,500 meters and 2,800 meters. The wells will be drilled utilising the Huisman LOC 400 drilling rig - a fully containerised modular rig outfitted with a fully automated pipe-handler and rig floor. It will be the 6th project for the LOC 400 in Europe, including three geothermal energy projects. 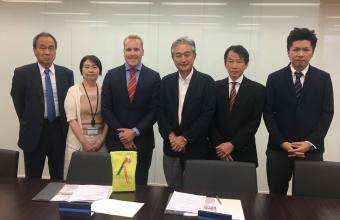 Early August 2017, Huisman, the provider of step changing technical solutions, signed an agency agreement for promotional and representational services with Exeno Yamamizu Corporation for the Japanese market. After the contract award of Penta Ocean Construction / Japan Marine United for the delivery of an 800mt Huisman PMC in 2016, Huisman is convinced that local representation is required to build and maintain relationships in Japan effectively. Maritime trading house Exeno Yamamizu will be the first point of contact for Japanese clients and through communication in the Japanese language, Huisman’s local presence in Japan will be enhanced. 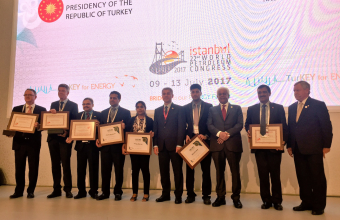 Yesterday Huisman was awarded the prestigious World Petroleum Congress Excellence Award for Technical Development for small to medium sized companies during the World Petroleum Congress in Istanbul. Huisman received this awarded for the abstract titled: ‘Robotized Drilling, not talking, but doing’ about the what, how and why of the Huisman robotized drilling systems and it’s prove: the Huisman Innovation Tower (HIT). The winners were announced the final day of the 22nd World Petroleum Congress, during the WPC Excellence Awards Ceremony by H.E. Abdullah Bin Hamad Al-Attiyah, Chairman, International Foundation for Energy and Sustainable Development, Former Deputy Prime Minister and Minister of Energy & Industry, Qatar. 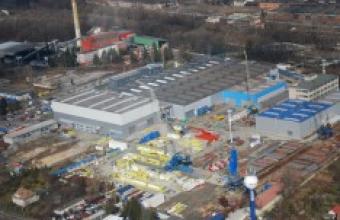 On Saturday 24 June, Huisman, the worldwide specialist in lifting, drilling and subsea solutions, celebrated the 20th anniversary of their production facility in the Czech Republic: Huisman Czech Republic. The facility, located in Sviadnov (Ostrava Region) opened in 1997 and has since then played an important role in the Huisman production and engineering force. The facility, employing around 600 people, is specialised in the production of high tensile strength steel constructions and critical components. 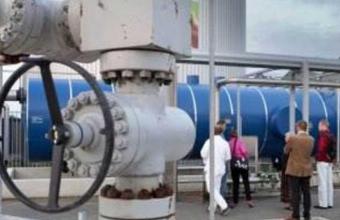 Utrecht/The Hague, 19 June 2017: In the future, 30% of the industrial heat requirement can be delivered by Ultra Deep Geothermal Energy. Today, the Dutch Ministries of Economic Affairs and Infrastructure and the Environment, EBN, TNO and seven consortia of companies have signed the so-called Green Deal Ultra Deep Geothermal Energy (UDG). This is an important step to map the opportunities for UDG in The Netherlands and to provide a basis for further development of this technology. The Green Deal was signed during the annual presentation of the EBN-report 'Focus on Energy' in The Hague, The Netherlands. 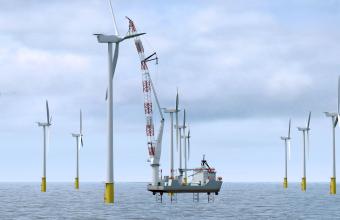 Huisman, the worldwide specialist in lifting, drilling and subsea solutions has developed an extremely lightweight type crane for the maintenance of offshore wind turbines: the 'Foldable Offshore Crane'. This crane combines unparalleled lifting heights and more than sufficient lifting capacity with a foldable boom resulting in less required deck space and a low own weight of the crane. The selection of this crane for the maintenance of offshore wind turbines will therefore require a smaller, and thus more cost effective, jack-up vessel than currently required.